Honestly, I’m actually surprised I finished this book! Not because it was exceptionally boring or whatever but because I’ve been so busy. We’re at T-Minus 11 Days before we move from Maryland to Ohio. While having the moving company pack our stuff is a HUGE burden lifted, we still have to go through everything and sort. Some stuff is going on the moving truck, some stuff will come with us so we can survive that week and a half before the truck delivers our goods, and some stuff will stay in Maryland with me. My poor husband has to survive a month of separation while I finish out school here. All this while still keeping up with work and class. Parts of this book were all about leaving and in that, I could really relate. Fresh start and all that jazz. Unfortunately, I did not enjoy it as well as ‘The Fault in Our Stars‘ though. But we’ll get into that soon…..

From the Inside Cover:

Quentin Jacobsen has spent a lifetime loving the magnificently adventurous Margo Roth Spiegelman from afar. So when she cracks open a window and climbs back into his life – dressed like a ninja and summoning him for an ingenious campaign of revenge – he follows.

After their all-nighter ends, and a new day breaks, Q arrives at school to discover that Margo, always an enigma, has now become a mystery. But Q soon learns that there are clues – and they’re for him. Urged down a disconnected path, the closer he gets, the less Q sees the girl he thought he knew.

To move forward with this review, one must know what is a “Paper Town”.

A paper town is a fake town created by mapmakers to protect protect their copyright. Map makers put fake streets, fake towns, and fake bridges in their maps, so if they see those same fake places on someone else’s map, they’ll know that they’ve been robbed. This has been going on for centuries, and it happens even now. Google maps and Apple maps have lots of paper streets and paper towns. Google maps had a famous paper town called Argleton until it was discovered. (John Green in an interview with Bustle)

It is my opinion that Mr. Green was not talking solely about the physicality of paper towns in our world but the metaphorical paper towns we create so no one can know who we really are deep down. Each of us, knowingly or unknowingly, hide certain parts of ourselves. We almost never reveal the real us. It is not until, I believe, we are truly in love with another and comfortable with them that we are relaxed enough to show the truth.

“Maybe it’s more like you said before, all of us being cracked open. Like, each of us starts out as a watertight vessel. And these things happen – these people leave us, or don’t love us, or don’t get us, or we don’t get them, and we lose and fail and hurt one another. And the vessel starts to crack open in places. And I mean, yeah, once the vessel cracks open, the end becomes inevitable. ( . . . ) But there is all this time between when the cracks start to open up and when we finally fall apart. And it’s only in that time that we can see one another, because we see out of ourselves through our cracks and into others through theirs. When did we see each other face-to-face? Not until you saw into my cracks and I saw into yours. Before that, we were just looking at ideas of each other, like looking at your window shade but never seeing inside. But once the vessel cracks, the light can get in. The light can get out.” – Quentin

This was a book that intrigued and yet confounded me. The truths Mr. Green so deftly weaved into the story line resonated deeply with me. There’s this constant theme of knowing, but not knowing someone. Sadly, I wasn’t as fond of the story line itself. It felt forced and at some moments ludicrous. I mean seriously, why would you ditch graduation at the last second to race after some girl that you hardly know? Because you have a crush? I can’t believe people would be that daft! Margo and Quentin both came across as extremely self involved even though it was shown in different ways. She’s nothing more than an attention grabber and he’s frequently a jerk to those around him. The only ones I half way liked were their friends – Lacey, Radar, and Ben. I felt they carried the plot more than the main characters. It’s pretty bad when a reader starts looking forward to seeing the supporting cast more than the ones it’s supposed to revolve around. Especially when it’s not until nearly the end that we get to the good stuff.

“Just – Just remember that sometimes, the way you think about a person isn’t the way they actually are. ( . . . ) People are different when you can smell them and see them up close, you know?” – Ben

I tried, I really did, to understand Margo’s motives. I could only empathize with her in one facet… She has created this paper facade to show the world and maintained it so long that no one knew the real her, not even her parents. In high school, I did something similar and I daresay that most teenagers do. For me, I pretended to be like everyone else when inside and at home there was a distance. Dealing with a major autoimmune disorder that effects quite literally everything while in high school is a struggle I don’t wish on anyone. Admittedly, it did get to a point where I could no longer maintained that mask and I hated myself for having to put up a ruse every time I saw friends. It was tiring. But the mask had become me and no one knew me for real. It took so long for me to reach the point that Walt Whitman describes in his poem, ‘Song of Myself‘, “If no other in the world be aware, I sit content / And if each and all be aware, I sit content.”

“‘But when it came right down to it, the skin of my wrist looked so white and defenseless that I couldn’t do it. It was as if what I wanted to kill wasn’t in that skin or the thin blue pulse that jumped under my thumb, but somewhere else, deeper, more secret, and a whole lot harder to get at.'” ( . . . ) Margo says, “I know what she’s talking about. The something deeper and more secret. It’s like cracks inside of you. Like there are these fault lines where things don’t meet up right.” – Margo talking about the Bell Jar

We’re never really told what Margo’s tipping point is, the reason she felt the need to wrap herself in a pseudo-persona, but I guess it doesn’t really matter. In this one character trait, I understand Margo though.

“A paper town for a paper girl,” she says. “I read about Agloe in this book of ‘amazing facts’ when I was ten or eleven. And I never stopped thinking about it. The truth is that whenever I went up to the top of the SunTrust Building – including that last time with you – I didn’t really look down and think about how everything was made of paper. I looked down and thought about how I was made of paper. I was the flimsy-foldable person, not everyone else. And here’s the thing about it. People love the idea of a paper girl. They always have. And the worst thing is that I loved it, too. I cultivated it, you know? Because it’s kind of great, being an idea that everybody likes. But I could never be the idea to myself, not all the way. And Aglow is a place where a paper creation became real. A dot on the map became a real place, more real than the people who created the dot could ever have imagined. I thought maybe the paper cutout of a girl could start becoming real here also.” – Margo

Quentin, on the other hand, has never been anyone other than himself. He bought into Margo’s deception and, according to him, fell in love with that version of her. I don’t understand the mind of a teenage boy and I certainly don’t get his sudden obsession with finding Margo. Sure, he has a crush on her even though he doesn’t know her, not since they were kids at least, but his whole world comes to a screeching halt. There’s a moment in the book where he’s studying ‘Moby Dick‘ in English and I just wanted to change Quentin’s name to Ahab. Everything else became a distant second to hunting her down, even his friends. He got angry when they were more involved in their own lives and wouldn’t help him. I found this exceptionally rude and really had a hard time liking him after that. Yes, friends are supposed to be there for you and you are supposed to be there for them. They were excited about prom and their own budding relationships and Quentin kept making it all about him. That is, in my book, a crappy friend!

“What a treacherous thing it is to believe that a person is more than a person.” – Quentin

All in all, I think it could’ve been a lesson learned better in another manner. Another plot line. 305 pages and we don’t get anything worth paying attention to or taking to heart until page 266. Everything before that was simply a rambling attempt at an adventure by Mr. Green. Exciting? No. Interesting? Only slightly. Worth rereading? Definitely not! Will I walk away from this book and take anything with me? Just the last 40 pages. So if you ask me, get it from the library for free, start at page 243, and you’ll know all you need to know about this book. Don’t suffer through like I did. Afterwards, go out and live your life. Really look at those around you and try your best to see past their masks. 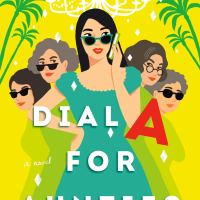 My last lunch at Yung's. 😔 I really hope #Charleston has some good #KoreanFood. I've been spoiled here with all the authentic, ethnic cuisine. 🤤
A little more than a week left, then it's adios Ohio!
Wishing everyone has a happy, safe, and peaceful holiday! 💜
No filter. Just 🤩 and 🧘🏻‍♀️.
What is it about coming home? With all the places I've been, there's just something about the area that I grew up. The smells, the sounds, the sights and people. Despite the changes that occur while I'm gone, it's still familiar. Like a person that has a full makeover but is the same inside. I could recognize this land blindfolded.