Here we are. I’m FINALLY getting around to reading (or listening to, since this was an audiobook) the Throne of Glass series. Don’t punish me. I know I’ve been stupid for avoiding it so long. Haha! Actually, I picked this up from the library last month and finished it right before I left on vacation. Literally RIGHT before… As in, I was listening to the last disc while I was packing to leave that afternoon. Anyway, for those that were living under a rock with me, here’s the info from Goodreads:

After serving out a year of hard labor in the salt mines of Endovier for her crimes, 18-year-old assassin Celaena Sardothien is dragged before the Crown Prince. Prince Dorian offers her her freedom on one condition: she must act as his champion in a competition to find a new royal assassin.

Her opponents are men-thieves and assassins and warriors from across the empire, each sponsored by a member of the king’s council. If she beats her opponents in a series of eliminations, she’ll serve the kingdom for three years and then be granted her freedom. Celaena finds her training sessions with the captain of the guard, Westfall, challenging and exhilarating. But she’s bored stiff by court life. Things get a little more interesting when the prince starts to show interest in her… but it’s the gruff Captain Westfall who seems to understand her best.

Then one of the other contestants turns up dead… quickly followed by another. Can Celaena figure out who the killer is before she becomes a victim? As the young assassin investigates, her search leads her to discover a greater destiny than she could possibly have imagined.

If you read my review of The Assassin’s Blade by Sarah J. Maas, you’ll know that I wasn’t a major fan of Celaena’s. I still found her annoying at times but I’m glad I decided to give this one a go. It was so much better than that first foray into Adarlan. Speaking of which, I’m glad I read The Assassin’s Blade first because it helped make sense of a few things… Like Celaena’s fear of the king and why her mantra means so much to her.

So about this book… I’m beginning to realize that Ms. Maas likes to just jump right in to her stories. There’s not much preamble, if any, to speak of in the beginning. So don’t wait too long in between reading her books. This beginning could almost act as a chapter at the end of TAB, it was that seamless. We go right to Celaena being pulled from her group in Endovier by the Captain of the Guard, Chaol Westfall, and brought in front of Prince Dorian. The most we get out of that gap in time between TAB and TOG is that she attempted an escape (making it farther than most) and killed quite a few guards (one pretty gruesomely).

But we learn that the prince has come with a proposition for her – Be his Champion in his father’s competition for a new Adarlan Assassin. If she wins, she’ll be set free and her slate wiped clean after her 4 years of service to the crown. Sickening as it is to be tethered to the madman who calls himself the King, her desire for freedom wins out and she accepts. From this point on, her days are filled with training with Captain Westfall and being kept as close to separate from the other champions as Prince Dorian can manage. Including not allowing her to attend balls like the other competitors and that infuriates Celaena. But her anger cools when the champions start to drop like flies; killed in some mysterious manner by a beast no one can see.

Of course, it’s not all bad. She is outfitted with the best gowns (an attempt to hide her true identity), allowed to eat as much as she wishes (she has to gain back all that weight she lost in the mines, right?), and even allowed access to the royal library (Prince Dorian wants to discuss books? Well damn!). Once properly bathed and dressed liked a lady, Celaena’s education and high society manners earn her the eye and ear of the prince. Much to the dismay of some other court ladies. He’s intrigued by her refusal to be another vapid courtier. She’s strong, opinionated, and smart, and she brings out an urge to be more than just his father’s son. It’s an urge to be a leader and king. An urge to go against his father’s brutality and protect her. Albeit not necessarily when she really needed it.

The only one not trying to treat her as a pampered pooch is Chaol. But his gruff demeanor has a purpose – He doesn’t want to see her lose. Well educated as a noble, he gave up his title so he could stay close to his childhood friend, Dorian. Unlike Dorian, he knows what it’s like to be among conquered peoples (his own being among them). He sees Celaena’s scars from Endovier, gets to know her past, where she came from, what she endured with Arobynn Hamel (the King of the Assassin’s), and her strength to survive. He begins to respect and care for her deeply. While initially her former status as an assassin and murderer tempers his opinion of her, it’s his friend’s growing attraction that shuts his thoughts of pursuing her down. What can the Captain of the Guard offer her that a Prince can not?

Some are Team Dorian and some are Team Chaol but my jury is still out. I’m not in love with either yet. I can see her being content with either but she has more in common Chaol.

I think my favorite character was Princess Nehemia though. If I had to choose a friend, it would definitely be her! Sent to Adarlan by her father to hopefully quell some of the violence in her country’s borders via diplomacy (and to spy for her rebel friends back home), she has to dance a fine line. In the end, we learn that she’s more than just a pretty princess and she saves Celaena’s life more times than either of the boys. I really hope she’s in the next book!

And I guess I should talk about Celaena since it is technically her book. She’s still bratty. What else can I say? She’s lazy and entitled and I can only guess that that is because she was raised as Arobynn’s personal pet. She’s used to the finer things and to a certain extent expects them. BUT, I can see a bit of her heart too. She’s fierce and all in with the people she cares about it. There’s a lot of growth that still needs to happen though so I’m holding out hope that she’ll eventually be a little less self-centered. Especially since she apparently has some destiny to fulfill as well.

My lack of love for the main character is really why I’m only giving this 4 stars. The story itself is amazing and a great start to an ongoing saga. I look forward to continuing it. 😊 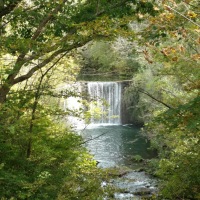 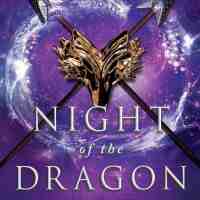 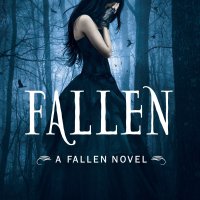 A Room Without Books is Like a Body Without a Soul